Big Toe Audio began in the summer of 1999 at a live-work loft in Oakland, California, near the Oakland Coliseum. The name "big toe" comes from the original studio setup, which involved founder Shane Sharkey reaching deep underneath the mixing console desk with his big toe to start the computer system. The bong/chime sound happening upon startup was the big-toe audio; the sound indicating it was time to produce.

Our first official project was The Putumayo World Music Hour, which began as a 13-week, one-time series in the summer of 1999.  It was so well received, after the summer was over it became an internationally syndicated program and is currently heard on over 200 radio stations around the world.

Since those early days the company has grown from one person, into the tight-knit team that it is today. 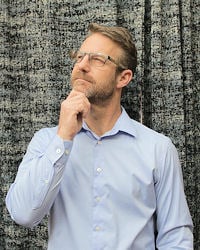 Shane Sharkey graduated from San Francisco State University in 1996 with a BA in Broadcast and Electronic Communication Arts.  After graduating he was hired as a producer by Ben Manilla Productions, where he had been an intern. Under the wing of Ben Manilla, Shane learned how to produce powerful radio programs, and was able to meet and interview countless musicians (John Lee Hooker and BB King among them).

Shane became a writer, programmer and senior-producer for BMP, working on projects like The House of Blues Radio Hour with Dan Aykroyd, Merry Christmas from Walt Disney World and The Guitar Show with Kevin Bacon to name a few.

During the early years of BTA Shane worked at San Francisco radio stations KNBR, KGO and KSFO.  There he engineered live sports broadcasts for the Golden State Warriors, Oakland Raiders and San Francisco Giants and other local teams.  Shane cut the highlights for the Oakland Raider radio broadcast of Superbowl XXXVII.

He also ran the board for live talk-radio hosts like Ronn Owens, Bill Wattenberg, Barbara Simpson, Brian Copeland and many others.

Shane is also a Music for Minors II docent, where he works as a volunteer music teacher in Castro Valley elementary schools.   His experience as a music docent led him to create the Castro Valley School of Music in 2013. 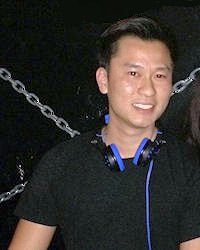 Dan Nguyen is our producer/production engineer. He was born and raised in San Jose, CA. and attended SAE Institute San Francisco, graduating in 2012 with a degree in sound engineering.

In 2014, Dan joined Big Toe Audio as a production assistant and quickly worked his way up the ranks.  Dan is BTA's main producer for internationally syndicated radio, radio commercials and long-form radio.

When he is not producing, Dan also enjoys going to gym, trying out new restaurants, and listening to podcasts and audio books.